Selected tile and wood prints can be seen and purchased at the Cedar Rapids Museum of Art Store.

Check out the “Sunday Drive”Crowd-Sharing site

Click here to learn more about his nearly 50 years experience with media. 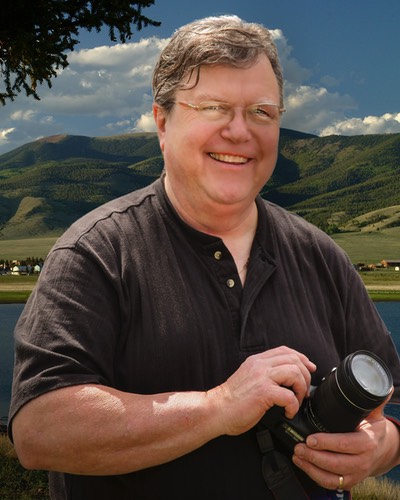 Producing movies has certainly broadened in scope with the advent of internet, cable, syndication, and special effect films. I began shooting film in college as part of a Telecommunicative Arts program at Iowa State University. My first motion picture camera was the ever-faithful spring loaded, wind up Bell and Howell Filmo 70D  With a thirty two second scene run time, three minute magazine, and a three lens turret. The possibilities seemed endless. Our production team set out for our first ever motion picture shoot. We decided to produce it documentary style on the effects of drug usage, then, the ever popular LSD,  Silent and in monochrome, it was a cross between The Blair Which Project, and a horror “B” movie. At the time, we thought it was pretty good, especially the end when the hallucinating user wanders onto the a high train trestle, and is trapped between two locomotives barreling at him from either direction. He jumps to his ultimate demise at the bottom of the valley. We picked up the remaining pieces of straw and coveralls and happily got an B grade. From the B&H 8mm Model 134 to the high definition digital cameras of today, it has been one forty year hallucination.